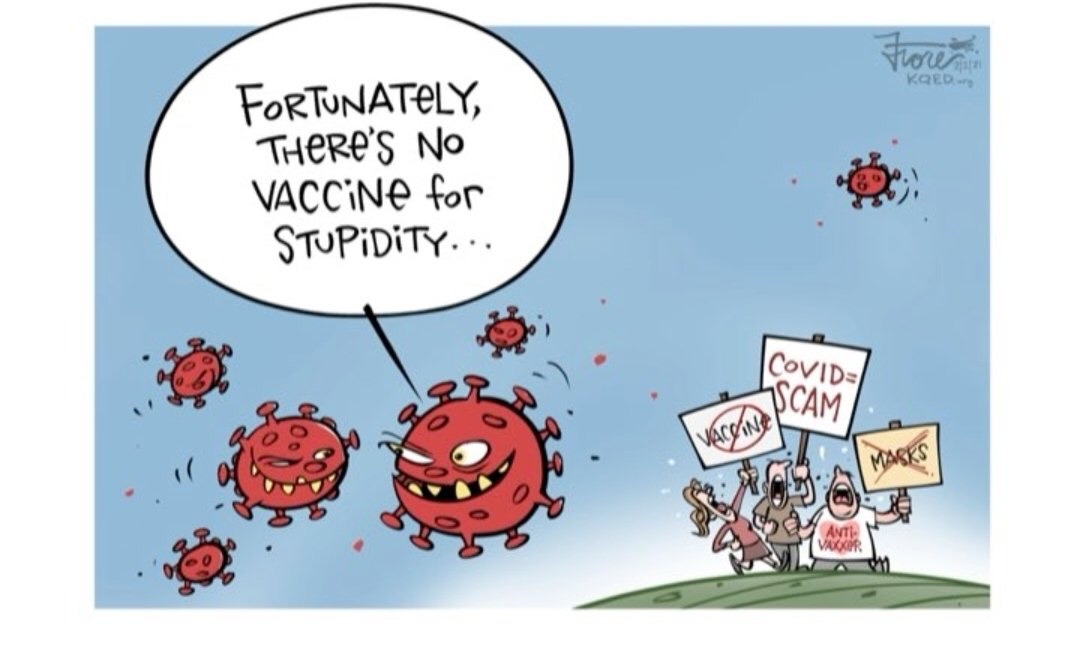 Dr Clive Dix says we should treat the virus like flu

Well, thank fuck this creature is the EX-head of the UK vaccine taskforce! What an evil fucking asshole! 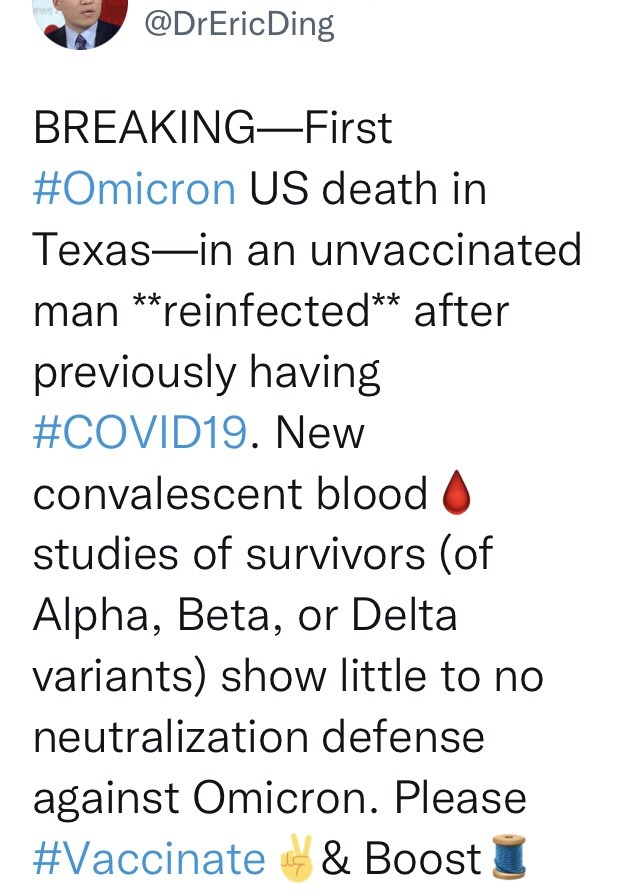 Because eating DIRT is always a GOOD idea. 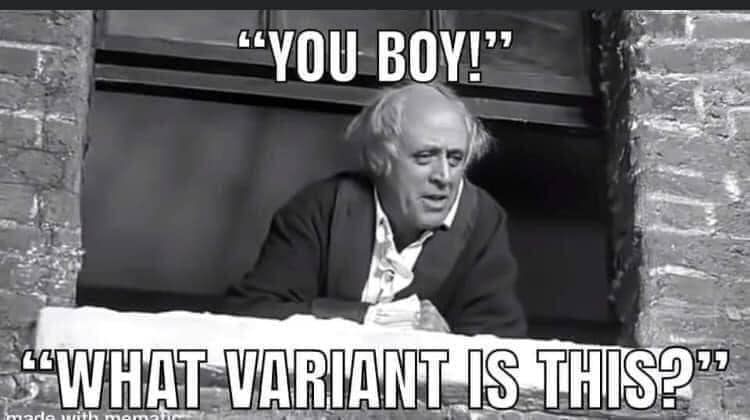 my BF hipped me 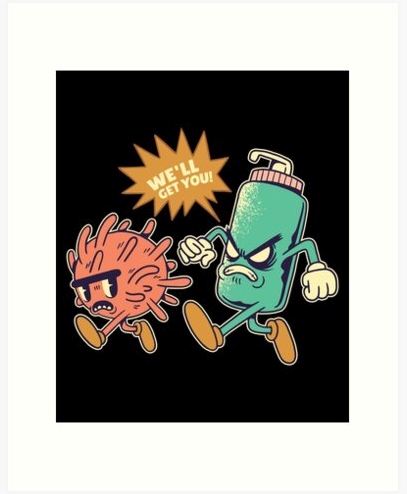 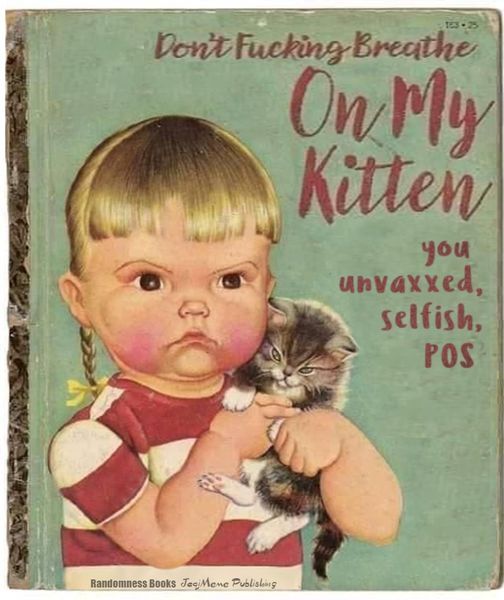 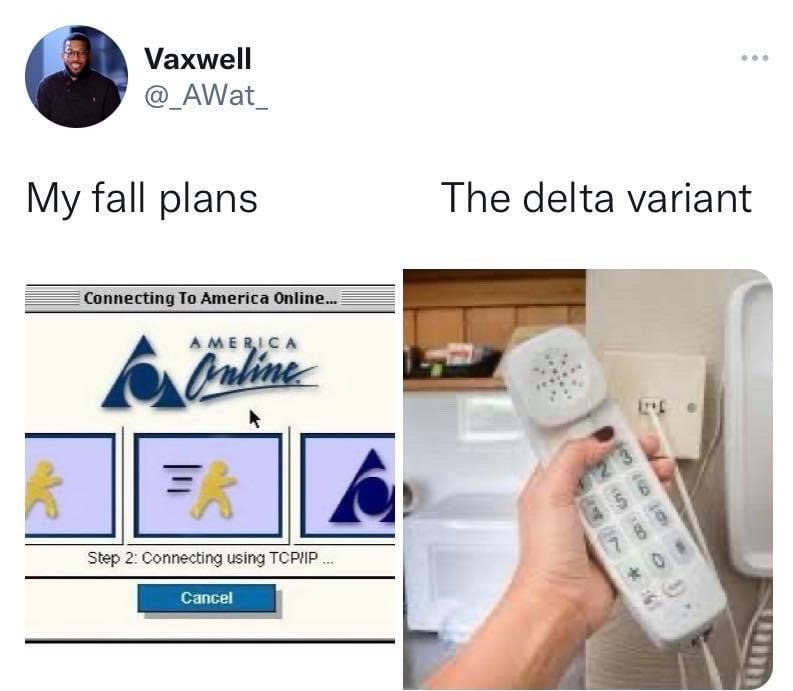 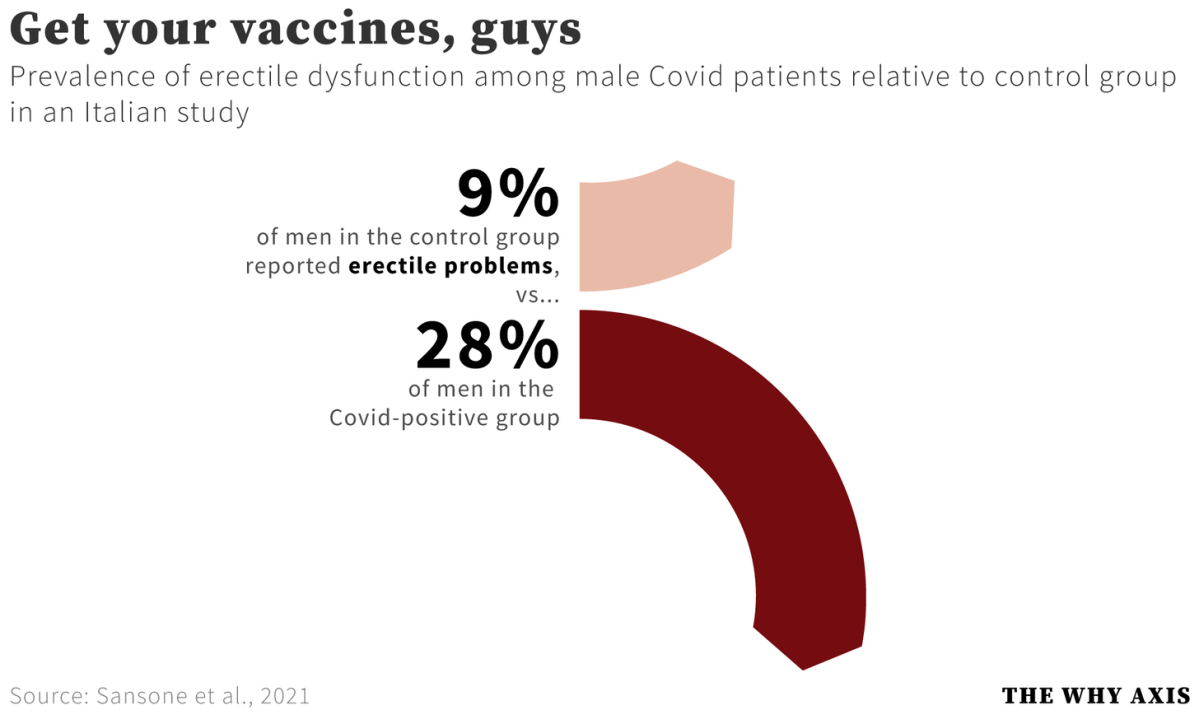 "Long Covid," as many folks are calling it, is one of parts of this pandemic that I find most terrifying. Sure, some people who get COVID-19 just have to deal with a "bad cold." But others find themselves suffering from long-term debilitation, with a variety of wild symptoms, and no clear consistency in how or why these lasting effects come about.

Of course, the longer we deal with this, the more data we have to go on. And recently, several studies have pointed to the serious long-term effects of COVID-caused erectile dysfunction. From the Why-Axis Newsletter:

A study published in May demonstrated "the presence of the COVID-19 virus in the penis long after the initial infection in humans." More to the point, the penile tissue of the Covid patients examined in the study showed evidence of vascular damage — perhaps not a surprise, given the disease's well-documented effects on the vascular system elsewhere in the body.

Another paper, published in March, finds some very preliminary evidence that impotence is much more widespread among male Covid survivors than among men with no Covid history. The study examined self-reported responses to a survey administered in Italy in April 2020. The respondents included 25 sexually active men who reported receiving a positive Covid test. The authors compared that cohort to a group of 75 non-patients who were otherwise similar in terms of sexual activity, age, BMI, and mental and physical health.

Among the healthy controls just 9 percent reported erectile problems. But the rate among Covid patients was roughly three times as high, with over a quarter saying they had trouble getting and/or keeping it up.

Why-Axis is written by Christopher Ingraham, who used to be a data visualization expert at places like the Brookings Institute and the Washington Post. So, as a graphic designer, Ingraham came up with this absolutely brilliant chart above to help drive the point home that seriously you should get vaccinated.

Truly a work of art.

Covid and impotence: the evidence firms up [Christopher Ingraham / The Why Axis] 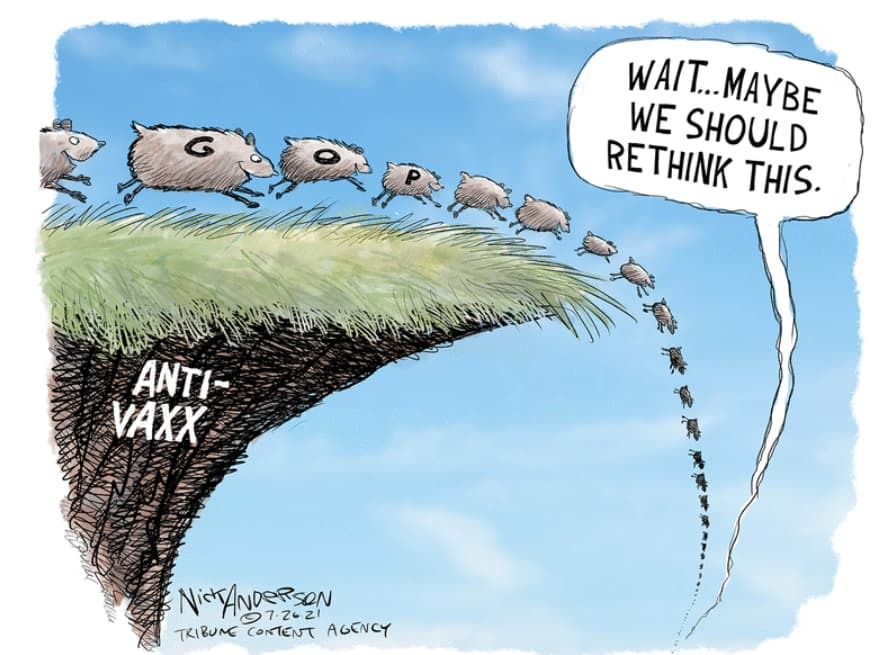 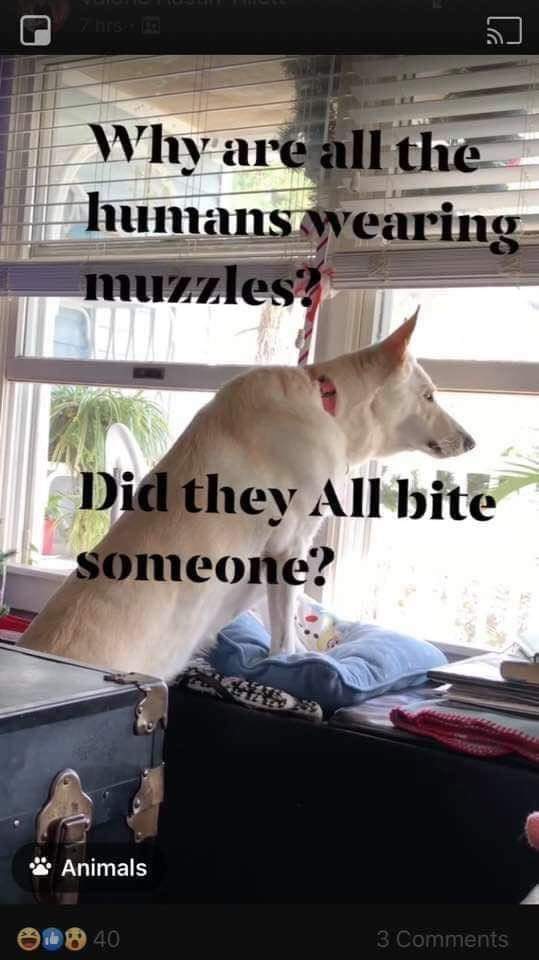 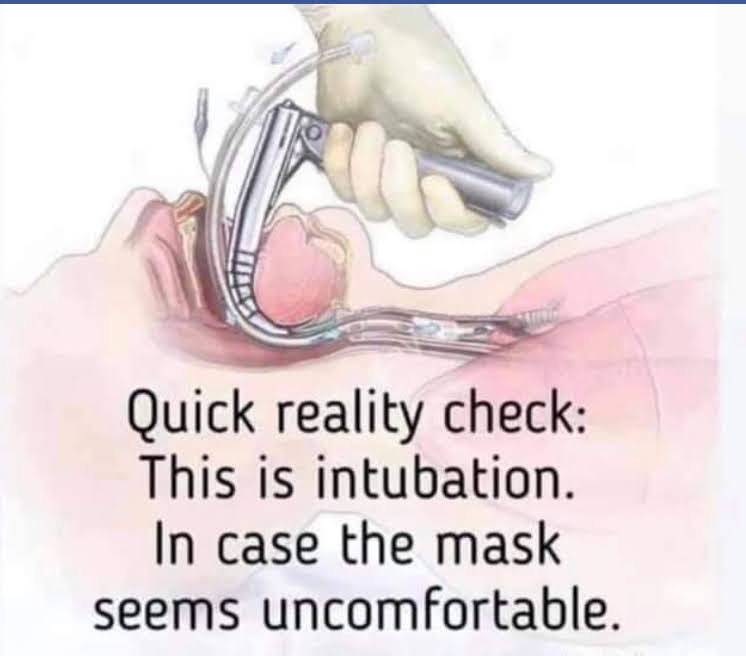 Via my pal Edo & https://imgur.com/gallery/I5Ya1En 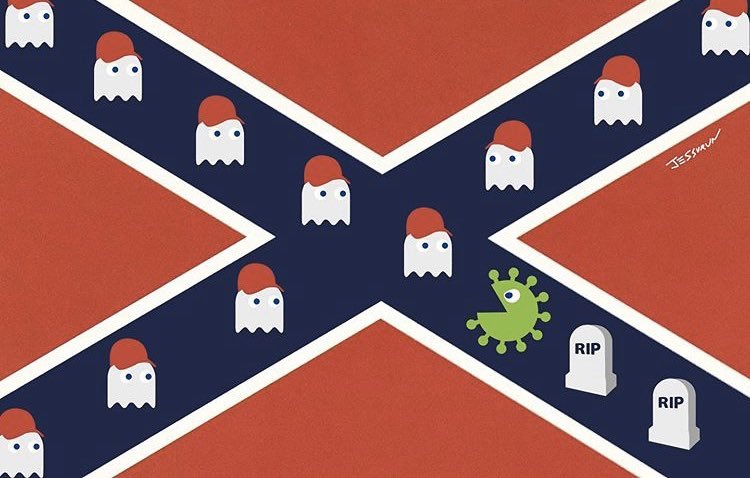 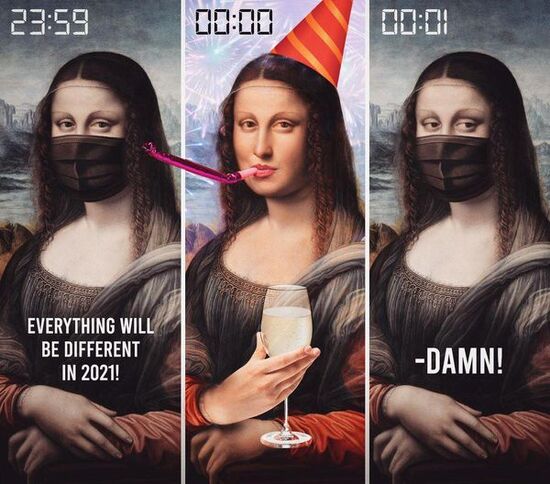 Team Trump was going to get priority access to COVID-19 vaccine, until press found out about it

On Sunday, The New York Times reported that top White House staffers—specifically, those most in contact with Donald Trump—had been given top priority for receiving the COVID-19 vaccine even though initial deliveries of the vaccine are in such short supply that they are being rationed primarily to front-line healthcare workers.

This lasted only a few hours before Trump's Twitter account walked back the news, with a tweeter who sounded not much like Trump announcing: "People working in the White House should receive the vaccine somewhat later in the program, unless specifically necessary," and that "I have asked that this adjustment be made. I am not scheduled to take the vaccine, but look forward to doing so at the appropriate time. Thank you!"

Well that is not Donald Trump writing, that's for damn sure. Donald Trump does not use words like that, or proper capitalization, and certainly does not take to Twitter to announce that he has "asked" for an "adjustment" rather than, say, "ordered" something be "shut down!!!" So that's a bit of minor intrigue.

So either the Trump White House, which has relentlessly played down the dangers of the pandemic and which continues to spread the virus prolifically via the combination of mask aversion and the refusal to cancel in-person events featuring dozens or hundreds of guests, realized that the optics of redirecting vaccine shipments to Team Donald Trump looked particularly crappy even for them, or Donald and/or a Donald devotee got wind of the plan and got personally outraged because a scurry to vaccinate White House staff very much does not square with the White House's policy of pretending that the pandemic is of no particular danger to anyone.

Oh, but there's another catch here: The Trump White House lies prolifically about everything, all the time, and there's no actual reason to believe that they truly are releasing those vaccines back to prioritized workers as opposed to simply lying about it. They are absolutely that dishonest, and every one of us knows it.

In any event, an irony here is that there are very good reasons to vaccinate top government officials with particular speed now that the vaccines are finally being distributed. Ensuring that top national security and economic officials are not sidelined in large numbers due to pandemic infections is, at least in principle, a true national security concern. It is likely that a Biden administration will prioritize vaccinations for top officials for that very reason.

On the other hand, there is something undeniably sketchy about redirecting initial vaccine doses to a crowd that continues to willfully expose itself to the virus being vaccinated for, which has shown absolute contempt for safety measures, which has encouraged their followers to rebuff the same, and does all of this solely because the delusional man-child they call their leader becomes irate if he sees an underling undermining his own message that Americans need not worry about the pandemic raging around them.

Shouldn't the first doses of the vaccine at least go to people who have been trying to avoid the virus? ...

"Where's your evidence that there's a virus that causes the disease?" the man said, before being interrupted by Mr Peters.

"We've got someone who obviously got an education in America. 220,000 people have died in the US, where there are eight million cases to date. We've got 79,000 cases just today, probably in India, and here is someone who gets up and says 'the Earth is flat'. 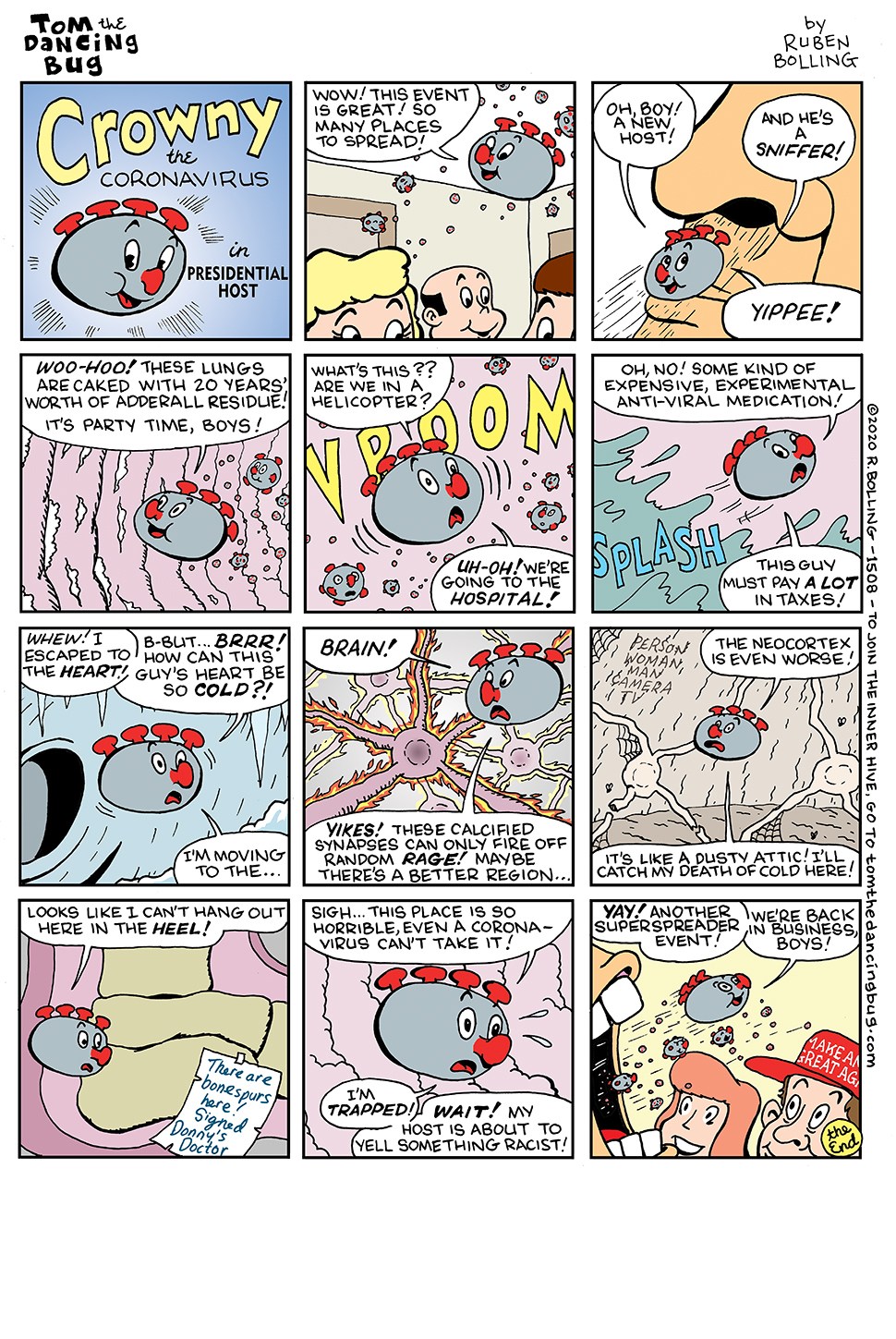 Trump administration told elite, conservative donors the virus would be much worse than they let on

They didn’t tell them directly that they should readjust their portfolios. But they sent a very clear message, early on, that needed no further explanation.

As reported by the New York Times, Trump administration officials in late February strongly hinted to the Hoover institute, a conservative think tank that represents, among others, key Republican donors and business interests, that the COVID-19 pandemic in actuality presented a far more dire threat to their economic interests than that being conveyed to the American people at the same time, when the worst public health crisis this country has experienced in over a century was still a mere blip on every else’s radar.  ... 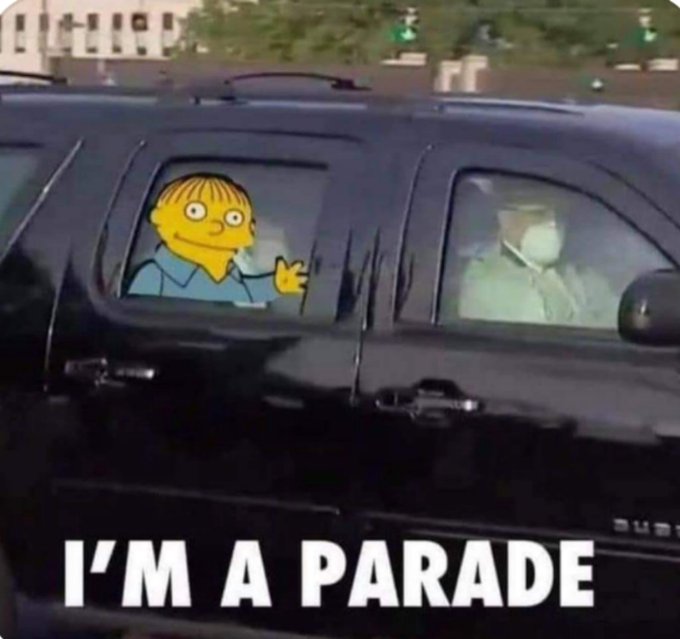 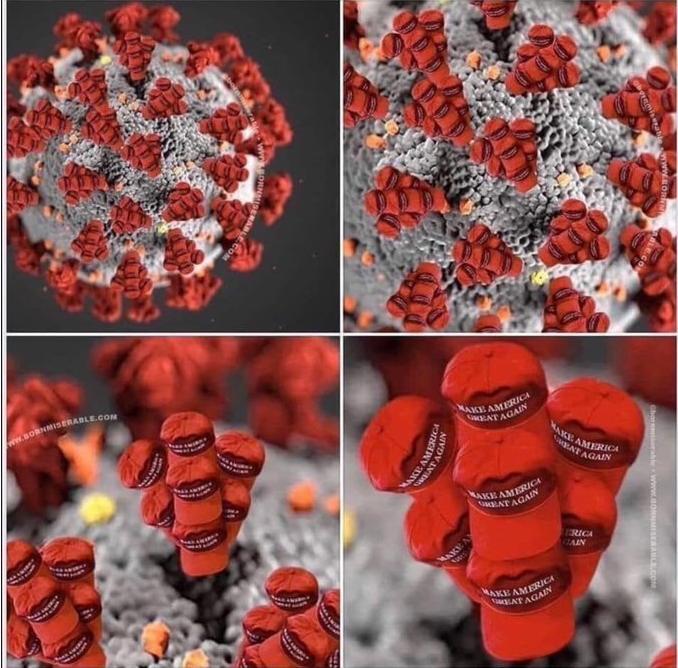 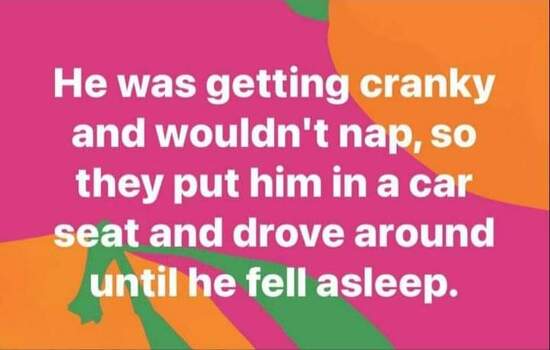 Daily Kos - Trump leaves hospital to wave at supporters, putting his own staff at risk
​permalink

Daily Kos - Trump is hospitalized, COVID-19 is exploding across the GOP, and the experts have been sidelined

It’s now clear that Donald Trump lied to the nation about when he received a positive test for COVID-19. Trump was known to be ill, showing symptoms, and receiving treatment over a day before publicity around Hope Hicks’ diagnosis forced Trump to admit even a sliver of the truth. But if Trump trotting off to Minnesota and New Jersey to get his infectious face up close with supporters seems bad, what’s going on at the White House since then seems even worse.

Since Trump was hustled off by helicopter to Walter Reed Medical Center to receive “beyond state of the art” care, a number of White House aides have been seen on camera wearing masks and apparently taking COVID-19 more seriously. But as The Atlantic makes clear, the key phrase is “on camera.” Because behind the scenes, nothing has changed. Not only are senior officials still prowling the halls without masks, and without regard for social distancing, they’re continuing to act as if nothing has changed—and that disregarding science and lying to the public are the only possible strategies.

One thing that should be hitting Americans like a Category 5 s#it show at this moment: There are no experts to turn to. Trump has spent months attacking and diminishing the FDA and CDC, and in a crisis there seems to be no effort at all to revive their status. But what about the team that Trump himself put together? Where is Dr. Anthony Fauci? Where is Dr. Deborah Birx? Why is it that, at this critical point where Trump is sick, White House aides are sick, and Republican officials up and down the line are reporting more and more positive results in a growing superspreader event, the National Coronavirus Task Force is completely missing in action?

Over at the Daily Beast, an interview with Fauci makes it clear that the coronavirus task force actually stopped being a concern some time ago: “We used to meet seven days a week. Then five days a week. We’re now meeting one day a week and at most two times a week,” said Fauci. And when the task force does meet, Fauci says they talk more about the economy than the virus. Fauci mentions that Trump still spends at lot of time with retired radiologist Scott Atlas, but since Atlas’ job is to promote quackery and downplay the need for testing, he’s of limited use in an actual crisis.

The truth is that, after destroying the pandemic response team, Trump created his own COVID-19 team … then destroyed it. There’s no longer even a pretense of a national response to the pandemic.

As multiple outlets have reported, even Republican donors can’t figure out why Trump and his crew are so dedicated to blowing off COVID-19, even as Trump is tapping an oxygen tank before he heads for the hospital. Those donors aren’t exactly thrilled about being part of an indoor meet and greet conducted at a small table more than a day after Trump was aware he had tested positive for the disease.  ... 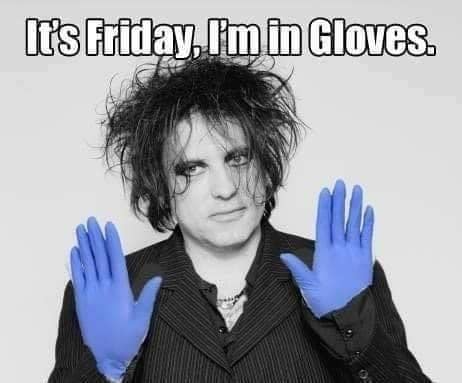 My BF sent me this